Celeste Zappala of Philadelphia stands over a combat boot tagged with the name of her son Sherwood Baker holding his photograph in the middle of an exhibit of over 1000 pairs of combat boots bearing name tags of U.S. soldiers killed in Iraq. The boots fill Federal Plaza in Chicago as part of an exhibit called "Eyes Wide Open: The Human Cost of War in Iraq". The exhibit was put on by the American Friends Service Committee. For more information see www.eyes.afsc.org. Baker, a national guardsman, was 30 when he was killed in an explosion on April 26th of this year. He was married and had a nine-year-old son. Zappala says, "This war was a mistake, a disaster. It was a betrayal." She continues, "I don't think the administration has any idea what they've let loose or how to solve it." 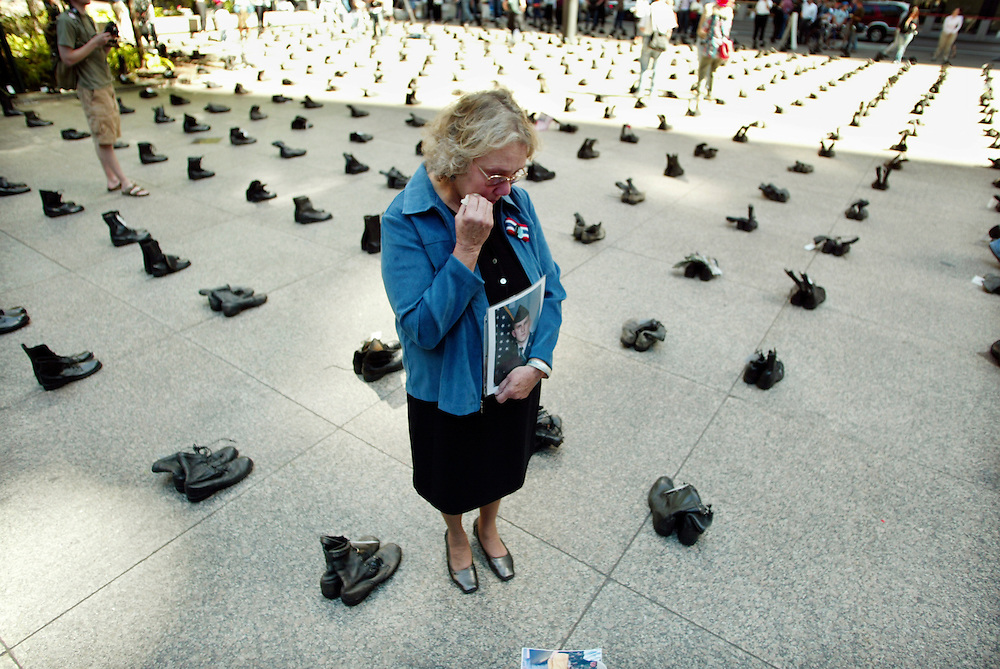